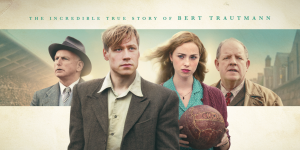 A heartfelt blend of romance and football, the Keeper tells the story of Bert Trautmann. No goalkeeper had more anxiety at the penalty kick, or anywhere else, than Bert Trautmann, the German PoW who stayed on in Britain after the second world war and played for Manchester City from 1949 to 1964. In the victorious 1956 FA Cup final he became a legend for playing to the final whistle with a broken neck. English and German languages, with English subtitles. 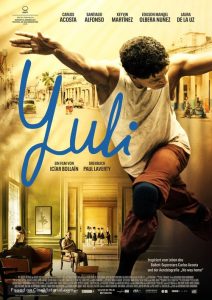 Biopic based on the life of Cuban ballet dancer Carlos Acosta, the Royal Ballet’s first black principal. The main theme is the volatile relationship between Acosta and his father, Pedro who gives him the nickname “Yuli” after a god worshipped by his slave ancestors. Yuli is a reluctant dancer, preferring football. His father sees the boy’s talent as a way for him to escape poverty. Their relationship is mirrored in the dance sequences (performed by Acosta) which tell the story of his childhood and later life. English and Spanish languages, with English subtitles. 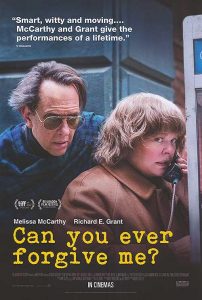 CAN YOU EVER FORGIVE ME?

An adaptation of the memoir of the same name. Lee Israel made her living in the 1970s and ’80s profiling the likes of Katharine Hepburn, Tallulah Bankhead, Estee Lauder and journalist Dorothy Kilgallen. When Lee is no longer able to be published, because she has fallen out of step with current tastes, she turns her art form to deception, abetted by her loyal friend Jack.

If you would like to join our email contact list please email us at info@peakfilmsociety.org and we’ll keep let you know when our programme is announced and remind you in advance of screenings (but won’t contact you otherwise).

Films screened at 7.30pm. Doors open 7.00pm. Licensed bar usually available before and after the screening.

Please note, this programme is subject to change without notice.